Savings are something we all know we need to maintain financial independence. Unfortunately, preserving and building savings accounts is often notoriously difficult.

Though personal savings rates in the US are gradually beginning to rise once again, the impact of the pandemic in recent years has caused many financial strategies to crumble. In particular, low-income households are facing drastically diminished savings opportunities.

So, how exactly has the last few years influenced our savings strategies, and what’s the average amount of savings today’s Americans have in their bank accounts? We’ll answer those questions and more on this page.

We will continue to revisit this page and update the statistics shown based on changes in the market as they happen.

How Did the Pandemic Impact Saving Habits?

The pandemic of 2020 had a major impact on all parts of our personal and professional lives. It’s probably no surprise that savings opportunities suffered too. While the

Only around 25% of Americans said they had about 6 months of expenses saved for unplanned expenses, and around 19% say they could cover up to 5 months of bills with their emergency fund.

Overall, 48% of Americans said they felt uncomfortable about the amount of savings they had.

What’s the Average Saving Rate in the USA?

Although the Pandemic had an undoubtedly negative impact on savings overall in America, the personal savings rate has increased somewhat over the years. The highest point for savings in the last couple of years was in April 2020, at around 33.8%.

The impact of the Pandemic rapidly brought this number crashing down, to 9.4% as of June 20212.

According to the US Bureau of Economic analysis, as the saving rate in America increases, consumer spending often begins to drop. In general, savings rates can increase significantly based on declines in general economic activity, but positive signs of growth also cause savings to slow down.

For instance, in June 2021, the savings rate fell a significant number of percentage points, which may indicate people began saving less as businesses re-opened.

As we move ahead into an uncertain economy in 2022, there’s a good chance savings will increase where possible, while spending will be a lot lower.

Though the radio of disposable personal income is on the rise, economic experts believe it will be some time before consumer spending accelerates to pre-pandemic rates. Customer spending is gradually increasing based on income options, but financial confidence since the pandemic has waned significantly.

How Much Do Americans Have in Savings?

Interestingly, Bloomberg estimates4 the total of “excess savings” built up since the start of the pandemic crisis was around $2.3 trillion in the US, compared to around 400 billion euros in the Euro Zone. This indicates a much more significant approach to rapid saving in times of crisis within America. The stock-piled savings in the US hadn’t decreased by July 2021, according to the BEA.

Analysts believe consumers are more likely to hold onto income at the moment, thanks to anxiety about resurgent outbreaks, the pace of the economy’s recovery, and job prospects.

The pandemic also changed customer spending preferences for good. Many customers have completely stopped spending on things they no longer consider “essential”.

The Federal Reserve reports that around 39% of Americans don’t have enough cash to handle an emergency costing more than $400, but around 71% of adults have a savings account5. While most Americans have less than $5,000 in savings, a third have less than $1,000, and the median savings amount only sits at $3,500.

Do Some People Struggle More with Savings Than Others?

Certain people are more likely to commit to saving than others. According to Bankrate, younger Americans generally haven’t saved as much as their older counterparts. Approximately 57% of millennials between the ages of 25 and 40 said they didn’t have enough emergency savings to cover three months’ of expenses, or they had no savings at all.

Around 44% of Gen X1 respondents and 49% of Baby Boomers said they also didn’t have the right amount of savings to cover three months of expenses.

In general, men usually have a better savings rate than women. 44% said they wouldn’t be able to cover more than 3 months of expenses, while 57% of women said the same. However, it’s income level that seems to be the biggest factor in determining savings levels.

Highest earners are approximately two times more likely than low-income households to have more savings after the pandemic.

Around 70% of low-income earners working in high-rent ZIP codes also lost their jobs during the initial shutdown of offices caused by the pandemic.

How Do Americans Save Their Money?

Foresight Research notes that in the two years before the pandemic, the number of customers leaving their financial institution or bank stood at around 12%. However, the latest survey numbers suggest this number will grow to 27% for larger banks by the end of 20229.

The rise of digital banking and online banking solutions are giving the majority of Americans new ways to save.

Studies suggest10 that while the US is decades away from leaving the physical bank branch behind, the number of customers accessing digital banking options is increasing. While foot traffic to physical banks has decreased by 10 to 20%, some digital banks are seeing 100% more traffic.

Unfortunately, with 53% of Americans11 now describing their financial situation as “good”, they may be less likely to focus on savings.

Savings statistics in 2021 have been significantly impacted by the pandemic, changes in purchasing behaviors, and the wider economy. Though more people are starting to see the benefits of savings, many Americans simple don’t have the option to invest more of their cash into their savings accounts. Keep an eye on this page for more updates as they emerge. 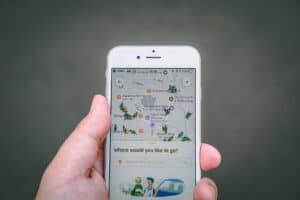 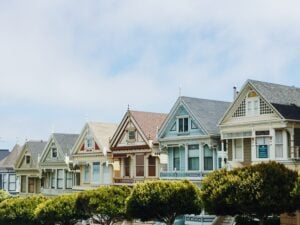